SPA MULTIPLIES EFFORTS TO SUPPORT THE CULTURAL SECTOR IN PORTUGAL

SPA MULTIPLIES EFFORTS TO SUPPORT THE CULTURAL SECTOR IN PORTUGAL 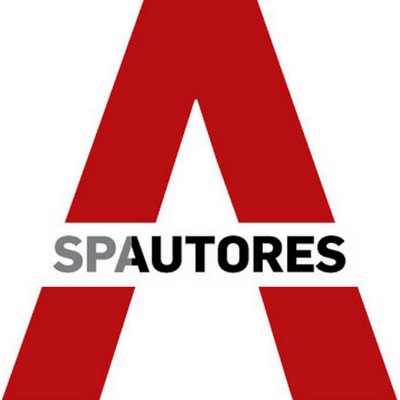 SPA, our member in Portugal, urges the Portuguese government for an emergency fund to support the cultural sector.

Spautores a Portuguese collective management society and member of EVA, has been very active in providing support to artists during the current crisis. Already at the beginning of the COVID 19 outbreak, SPA took action by addressing a first Letter, signed by more than 100 creators, to the Portuguese authorities. Followed by a second open letter together with GDA (Artists Rights Management), AUDIOGEST (Association for the management of rights for phonographic producers) and signed by more than 1600 authors and creators, was addressed to the Prime Minister , António Costa, the Minister of Culture , Graça Fonseca and all the deputies of the Assembly of the Republic .

Both letters called for emergency support to the cultural sector as can be seen from the excerpt from the second letter below;

« In this way, they request that the Government, in addition to the creation of an emergency fund and support to the culture sector, ensure that the public contracting entities make payments in case of cancellation or advance of agreed prices, establish a deadline for the rescheduling of the prices. Shows or events and that the amounts paid as advances or partial payments are distributed through the value chain to professionals. »

In addition to its efforts with the political authorities and other institutions, SPA has itself taken exceptional measures to support its members, in the form of statuatory and emergency subsidies (100,000€ from the organisation’s own budget was allocated to this purpose) and advances, originally set to 25% of the average of the rights charged in the last three years, which may now exceptionally reach the limit of 50%.

In an act of solidarity with health professionals, SPA also provided thousands of masks and a fan to the Central University hospital of Lisboa Norte. Moreover, they plan to institute a Technological Creativity Award, which would be attributed to an institution or a group of researchers that stand out by their creation of solutions and mechanisms, that ensure the protection of public health and fight against the spread of the COVID 19 virus.

Continuing in its engaged stride, SPA is maintaining its contests and events such as the 9th edition of their spa / antena2 composition prize which can be applied for until the 10th of July. Their website is regularly updated with important information for creators and articles of support to the cultural sector aimed at sensibilising not only the Portuguese authorities but also beyond.

On the 8th of May 2020, SPA president José Jorge Letria, declared to the President of the Portuguese Republic, that there is an urgent need for the political power at Brussels level to approve a tax to be applied to the large “online”multinationals. Only in this manner, can some financial balance be created in this situation of general need.