Skip to content
SPEECH BY ARTIST AND AUTHOR KATE MAYNE 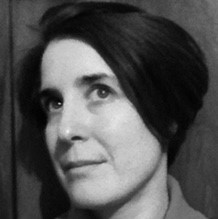 Kate Mayne addressing the Members of the European Parliament about the realities of artists’ lives, in the context of the vote on Copyright Reform and the importance of fair remuneration for artists.

Some words on the practical realities of artists

Dear members of the European Parliament,

On June 5th EVA, or European Visual Artists, invited me to paint, and to speak, at the

European Parliament. I am grateful to have been given this opportunity to tell you a bit

about how artists work. I have written down what I said that day, with a few additions.

It’s a long way from the artist’s studio to the European Parliament. It is significant to

stand here amongst the pristine carpets and spotless table cloths in my painting clothes.

Paint on my hands. Under my fingernails. A little absurd, perhaps, but natural, because we

are doing our thing and when you can do that, under the right conditions, you can be truly

present. That is when your heart opens up and everywhere feels like home.

Art is a vocation. Many artists would not do that well in other occupations, there is

some truth to that. But, contrary to what clichés and myths of individualism or the solitary

genius would have us think, art, and everything it entails, is a communal activity. Artists

don’t function in isolation. We’re social animals. We care about being seen and heard,

under the right conditions. Any work of art that is worth its salt is like a magic mirror: it has

an uncanny knack, to humans, of revealing ourselves to ourselves, and to each other. At

times it is uncomfortable, at others, it brings illumination.

Art is a form of communication. It is a touchstone, that touches us in ways

words do not. It has a gentler thrill than figures in an annual report. It is not linear. It goes

all over the place and can hit you below the belt when you least expect it. It follows its own

logic, shimmies past those market concerns that seem to be ruling our societies today

(please let there still be something else. Humanism?); it has ways of getting under your skin,

blowing us away and reorienting us towards new ways of being. It is difficult to say how it

does this. You can’t dissect a work of art to discover what makes it – or, actually, you –

tick. Art is mysterious. We don’t understand its brilliance, but we appreciate it, and we are

buoyed by it, as a species.

conception of a work of art, and its execution. He called this infrathin. I dare to venture it

resides also in the gap between object and reception. Art crackles in a space beneath words,

and as such, it is a hugely valuable interface: a starting point for communication.

What do artists need to make their work? Time and space. You need time, and an

attention span that lasts long enough for sustained work; you need to be able to research

and develop an idea, a form, there needs to be time for mistakes, and trial and error. It isn’t

true to market principles, it is true only to itself. With luck it gets sold. Or not. Does that

make it any less valuable? When you start a piece of work, you can never be sure where

you’ll end up. There is no guarantee, and no standard way to gauge the value of a work of

art, although its tangible benefits to society have been widely researched and documented.

touching, of his housekeeper. The label told me he used Mars Yellow for the skin-tone.

These are secrets of the trade. If you don’t have access to a lab, you have to guess them by

eye, and try to discover the recipe by mixing, through trial and error. But what struck me

most was that this woman, who lived at Delacroix’ side for over twenty years, would

answer the door and keep sending his friends and admirers away. Delacroix was a key

figure in cultural Paris in the late 19th century, so everyone wanted to see him. The

housekeeper, whom Delacroix cared about enough to paint, would send them all away, so

he could get on with his painting. She dedicated her life to making his work possible.

know many artists who rely on the support of their boyfriend, wife, family, friends,

gallerists, curators… to help them create the circumstances in which their work happens –

with financial, practical and emotional support, or space. This is no luxury. Every bit of

Artists also need space, which is increasingly harder to come by these days.

Property prices are on the rise, as is the cost of living, so you need considerable means to

get your work done. I would like to tell you about another place I visited, the Camille

Claudel Museum, in Nogent-sur-Seine, 1:15 by train from Paris. They renovated the town’s

brasserie too, where you can sip a glass of rosé on a summer afternoon and swoon in the

scent of flowers by the river.

The new museum is well curated, showing the context in which the teenage Camille

Claudel emerged as a young artist. Despite limited opportunities for women artists at the

time, her talents were recognized, and she did get a fair bit of support. How the dynamics

worked in her relationship with Rodin is a separate discussion, but I would like to mention

one point in the museum which shocked me. We see her work develop alongside that of her

male contemporaries, with large marble sculptures, as befits the time. One moment she is

making monumental works of marble, and the next, her work becomes tiny and diminutive.

I don’t wish to suggest large is better than small, but here I sensed a loss of majesty. The

reason the work became small was not artistic. The label said she had broken up with

Rodin just before. It is easy to deduce the work changed so dramatically, because Camille

I would also like to tell you about Edouard Glissant, the poet-philosopher

from Martinique who spent most of his life in Paris. The Brussels artist Marc

about him. Glissant’s ‘Philosophie de la Relation’ is a plea to view culture as a ‘tout monde’ of

differences, that should not be conformed to one universal ideal, but instead be appreciated

for their unicity. He suggested true creativity occurs in the spaces between these

differences, when you go out to meet them, in a perpetual state of growth and learning. It

out to meet otherness in a state of vulnerability. The European Union was founded on

the traumas of the second world war. Now, in 2018 the air is still thick with trauma. How

much have we resolved of our parent’s pain? What about our own subconscious ones?

There is at present a huge crisis in the European Union.

At times like these, artists should be brought to the centre of the European

project. They are experts at dealing with uncertainty, creativity, invention, communication,

and change. Art can help to heal trauma.

I would like to tell you how the Royal Athenaeum

in Antwerp, an inner-city school with countless nationalities, led by the principal and deradicalization

expert Karin Heremans, responded not so long ago, to the very real crisis of

some students being seduced to fight in Syria. They school invited artists to come and work with

the pupils. This project, called Athena-Syntax, was initiated by the science teacher, Rudi

Audiens, with the school’s Islam teacher, Mohamed Filali. They invited the young sculptor

Timothy Segers to give a workshop: he had the pupils make a giant ball by sticking ultrathin

cellophane sheets of paper together with tape. They inflated it and rolled the giant

thing throughout the school. As a group. Every time a hole occurred, and the air started to

escape, they had to stick it shut again with tape. Thanks to the Athena-Syntax program of

arts in the school, combined with a sustained, proactive approach across all subjects, no

further students were lost to Syria.

alone. This does not mean that those who may be teaching the next generation of artists,

who will create the objects in which we will temporarily find or lose ourselves, or question

who we are about to become, are any less successful as artists. In a sector as unpredictable

as ours, success can be down to a fluke balance of variables, in addition to mere talent and

we do have. It may not pay the rent, but it might help finance a new camera, or part of a

young sculptor’s studio costs, or a quiet place where they will not be disturbed so they can

work, and make something, before they go out and meet their peers and show their work to

the public. Please support us in this. And please keep watching and engaging with us.

Because I have a feeling you love art as much as we do.

I would like to finish with a quote from Marguerite Yourcenar’s ‘Oeuvre au Noir’, whose

words are chiselled in stone in a park in the centre of Brussels, and also on her tiny

that is up to us all.

Thank you kindly for your attention.

Kate Mayne is an artist and writer. She manages the artistic projects, prizes and bursaries for SOFAM, an authors’ rights organization for visual artists in Belgium, on a freelance basis.